Plaintiff, a female detainee at a County Detention Facility, was severely injured when a Detention Officer, for no reason, slammed her head-first into a wall.

A lawsuit was filed in Federal Court under 42 U.S.C. § 1983, claiming a violation of her civil rights protected under the 8th and 14th Amendments to the Constitution. Her lawsuit included federal claims for Unlawful Seizure, Municipal Liability, and State of California claims under the Bane Act (California Civil Code § 52.1). 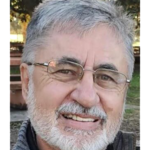 Please complete the form below for a "FREE" case evaluation. Briefly describe your situation and we will respond ASAP.